U23 Asian Cup: Defender Thanh Binh among AFC’s Ones to Watch list

Vietnamese defender Nguyen Thanh Binh has been named among the ‘Ones to Watch’ list compiled by the Asian Football Confederation (AFC) ahead of the 2022 AFC U23 Asian Cup in Uzbekistan. 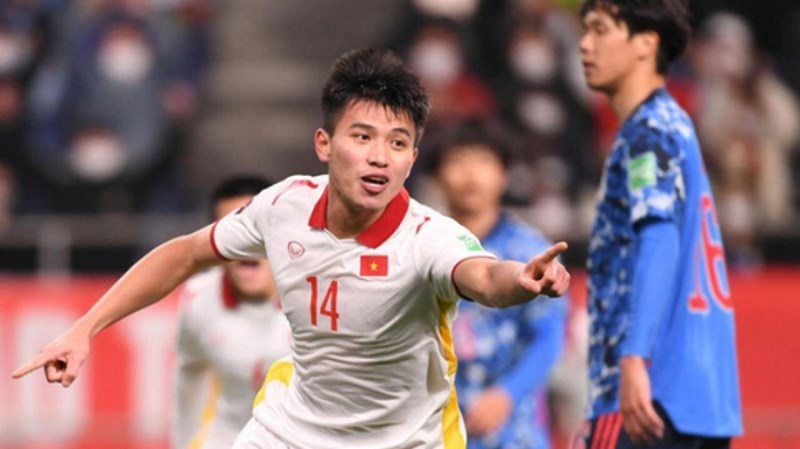 According to the AFC, Nguyen Thanh Binh helped the national team secure a gold medal at SEA Games 31 following a comfortable win over regional rivals Thailand in the final of the tournament.

“Nguyen Thanh Binh’s 2022 is turning into a banner year for the young defender, who already impressed for club side Viettel in the 2021 AFC Champions League,” says the AFC.

The website notes that following a strong season with his club, the 21-year-old broke into the senior national team. It was here that he enjoyed a moment that will go down in history as he scored against Japan at the Saitama Stadium to help Vietnam draw against the Asian giants in the Asian Qualifiers for the 2022 FIFA World Cup.

Moving forward, the AFC is excited to see what will come next for the young player at the AFC U23 Asian Cup.

Completing the list of eight key players to look out for at the AFC U23 Asian Cup are Lee Kang-in of the Republic of Korea, Turki Al Ammar of Saudi Arabia, Kuryu Matsuki of Japan, Khusain Norchaev of Uzbekistan, Suphanat Mueanta of Thailand, Yasin Salmani of Iran, and Cardo Siddik of Iraq./.